Huawei Y9 Prime 2019 smartphone will launch in India next month. The launch date of the smartphone is revealed on Amazon after a dedicated listing on the e-commerce website. A few days back the smartphone was teased on the Amazon India website and now the date is confirmed. Some of the big highlights of the smartphone include the full HD+ display, HiSilicon 710 processor and up to 128GB internal storage.

The smartphone will directly compete with the already available phones in India which includes – Redmi K20, Realme X, Oppo K3, Samsung Galaxy M40, and others. To recall, this smartphone of Huawei was launched back in May this year.

The smartphone will launch in India on 1st August 2019. As of now, there are no details regarding the price of the phone in India. But it will be somewhere around Rs 15000 to Rs 19000. In Kenya, the smartphone is available at KSH 23999 which is roughly equal to Rs 15600. While in Saudi Arabia, the phone is available at SAR 969 which is roughly equal to Rs 17800. The price of Huawei Y9 Prime 2019 in India will be uncovered at the launch event.

Moving to the specifications of the smartphone, the all-new Huawei Y9 Prime 2019 smartphone is a dual sim phone that runs on the Android Pie operating system. There is a 6.59-inches display on the phone and it is a full HD+ display. The screen resolution of the display is 1080×2340 pixels. The phone is powered by the Kirin 710F processor and has 4GB RAM.

At the back, there is a triple rear camera with a 16MP primary sensor, 8MP secondary sensor and a 2MP tertiary sensor. On the front for selfies and video calling, there is a 16MP camera. The phone has 64GB/128GB internal storage. There is a 4000mAh battery on the phone. These are the specifications of the global variant while in India it might be different. 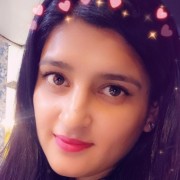 Anu is a technology & telecom news writer on Intabloid. She collects news from the various authentic news sources and then writes it on the website. One of her favourite thing to do is to write review articles and impress his audience with minute product details

Jio Phone 3 May Have the MediaTek Chipset, Check launch Date & Other Details