Redmi 7A Price in India

Coming to the specification of the phone, Redmi 7A is a dual SIM smartphone that   Nano sim card. It runs on the Android 9 Pie operating system with MIUI 10 on the top of it. There is a 5.4 inches display that comes with 720×1440 pixel resolution. The aspect ratio of the screen is 18:9. The smartphone is powered by an octa-core Qualcomm Snapdragon 439 processor.  There is a 2GB RAM and 16GB/32GB internal storage.

Moving to the camera specification of the phone, Redmi 7A comes with the 12 megapixels Sony IMX486 sensor with an LED flash.  On the front for selfie and video calling, there is a 5-megapixel camera. The front camera of the phone comes with AI Face unlock feature. 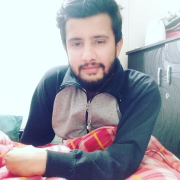 Kashish is a technology news contributor on Intabloid. He collects news stories from the authority websites and then shares them on Intabloid. He has worked on the various high authority news website. Apart from the writing content, he loves traveling on his bike to different places. His dream is to buy the Suzuki Hayabusa. You can contact him at inatbloidindia@gmail.com