The upcoming Realme GT Neo 2 smartphone from the Chinese manufacturer will be launched on September 22nd. Realme has confirmed the phone’s release date on the Chinese website, Weibo. The Realme GT Neo 2 is said to have a triple rear camera setup with a 64 megapixel main camera and a punch-hole display design. The phone should also come with the Qualcomm Snapdragon 870 chipset. It was previously found on a benchmark site with 12GB of RAM and Android 11.

Realme GT Neo 2 will be released on September 22nd. According to the teaser poster the company shared on Weibo, the kick-off event will take place at 2:00 p.m. local time (11:30 a.m. EST). However, no specifications or design details of the phone were disclosed. The mobile phone was recently listed on Geekbench’s benchmarking website as model number RMX3370. It is listed with 12GB of RAM and runs on Android 11 software. The upcoming Realme GT Neo 2 phone has a single-core score of 4,678 and a multi-core score of 12,690 on Geekbench.

Realme GT NEO 2 was previously inclined to have a 6.62 inch FullHD + screen and a 120Hz refresh rate. It is said that the smartphone screen has a hole punch display The configuration of the triple headphone rear camera is inclined to include 64MP, 8 megapixels and 2MP sensors. There are also some news that the smartphone Realme GT Neo 2 has a 16MP sensor for the selfie camera on the front and packed a 5,000 mAh battery with a 65 watt fast charging. 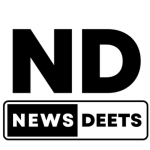 Maintain Health While Working From Home With These Easy Tips

Bosch looking to smart devices to get ahead in the cloud

Tip Of The Day: Grammarly The Right Choice For Content Plagiarism & Grammar Mistakes

This widget requries the Arqam Lite Plugin, You can install it from the Theme settings menu > Install Plugins.