Have you heard about the new MIUI 10 Update on Redmi Note 7 Pro? If you have not before, let’s learn about it now. It’s a software update of Note 7 Pro which is designed to improve your camera and the Android Security patch which is released on March 2019. You can manually update the new MIUI 10 Global Stable ROM V10.2.8.0.PFHINXM on Redmi Note 7 Pro. However, this manual update will require to flash your device so never forget to keep a backup of whatever important data you have in your phone. Before start downloading the manual update, please back up your data.

Users were complaining that there were some issues in the back camera of Redmi Note 7 Pro. So in the latest update, the brand has ensured the camera improvement of both 48 MP and 12MP. The sharpness has comparatively improved the underexposure issue in the portrait mode is also fixed. The auto white balance feature is improved along with the image and display brightness problems some users faced in the low light.

Before the latest update, Redmi Note 7 Pro users used to face the all-time bubble overlapping issue and they also reported that there was no option of light up the screen while you are using the gesture feature. However, in the new update, the brand has confirmed that we don’t have to deal with that anymore.

You can get Redmi Note 7 Pro for only Rs. 13,999 from online stores in India. You can choose from any available colors the cell phone comes which include Neptune Blue, Space Black color, and Nebula Red. The 4,000mAh battery is surely a turn on and obviously, don’t forget that it comes with the Snapdragon 675 SoC Android version. Along with these features, you are also getting a 4GB/ 64GB in just Rs. 13,999. Not only the 4GB RAM variant, you can also go for the 6GB RAM variant that comes with the 128GB internal storage. 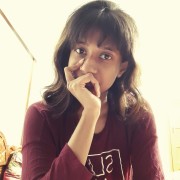